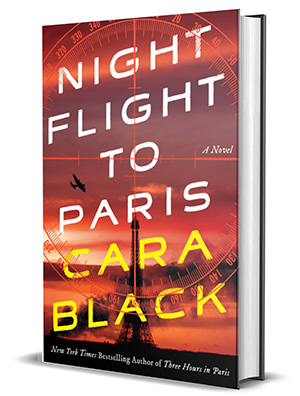 It is once again up to American markswoman Kate Rees to take the shot that just might win—or lose—World War II, in the followup to national bestseller Three Hours in Paris.

“Black vividly evokes the sights, sounds, and smells of Paris under Nazi occupation. The gritty, determined Kate is a heroine for the ages.”
—Publishers Weekly

Three missions. Two cities. One shot to win the war.

October 1942: it’s been two years since Kate Rees was sent to Paris on a British Secret Service mission to assassinate Hitler. Since then, she has left spycraft behind to take a training job as a sharpshooting instructor in the Scottish Highlands. But her quiet life is violently disrupted when Colonel Stepney, her former handler, drags her back into the fray for a dangerous three-pronged mission in Paris.

Each task is more dangerous than the next: Deliver a package of penicillin to sick children. Assassinate a high-ranking German operative whose knowledge of secret invasion plans could turn the tide of the war against the Allies. Rescue a British agent who once saved Kate’s life, and get out.

Kate will encounter sheiks and spies, poets and partisans, as she races to keep up with the constantly shifting nature of her assignment, showing every ounce of her Oregonian grit in the process.

One of CrimeReads’ Best Traditional Mysteries of 2022 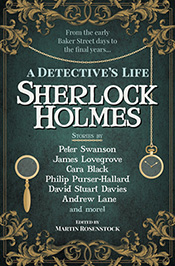 Sherlock Holmes: A Detective’s Life, edited by Martin Rosenstock, was published on Sept. 20, 2022.

A brand-new collection of twelve Sherlock Holmes short stories which spans Holmes’s entire career, from the early days in Baker Street to retirement on the South Downs.